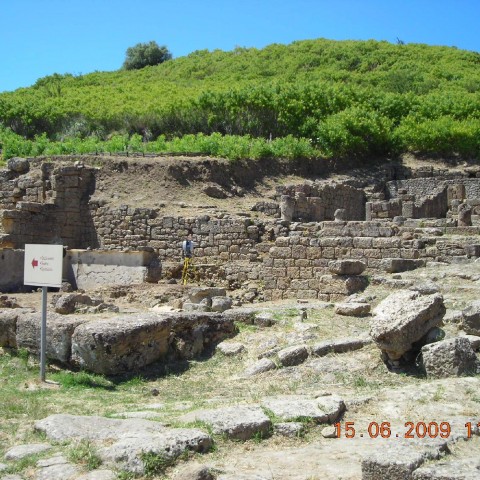 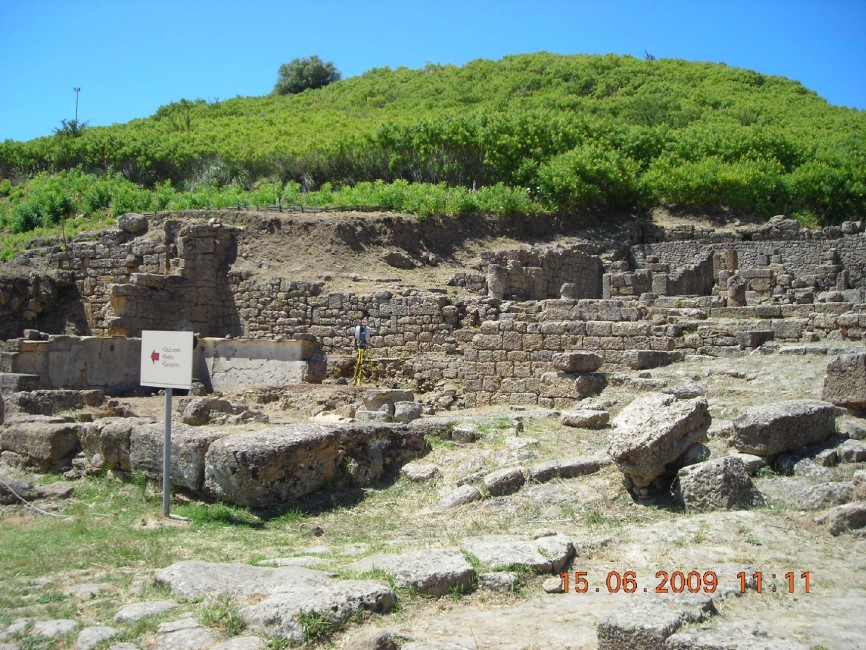 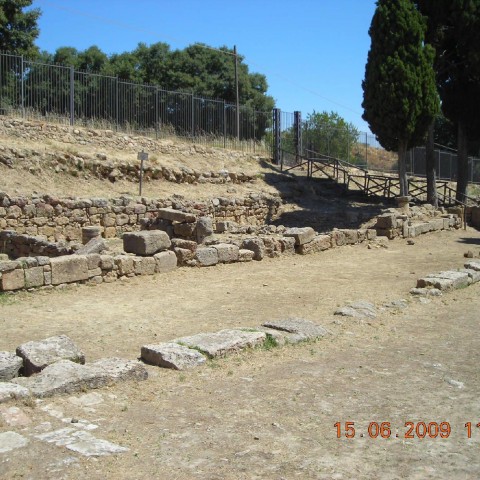 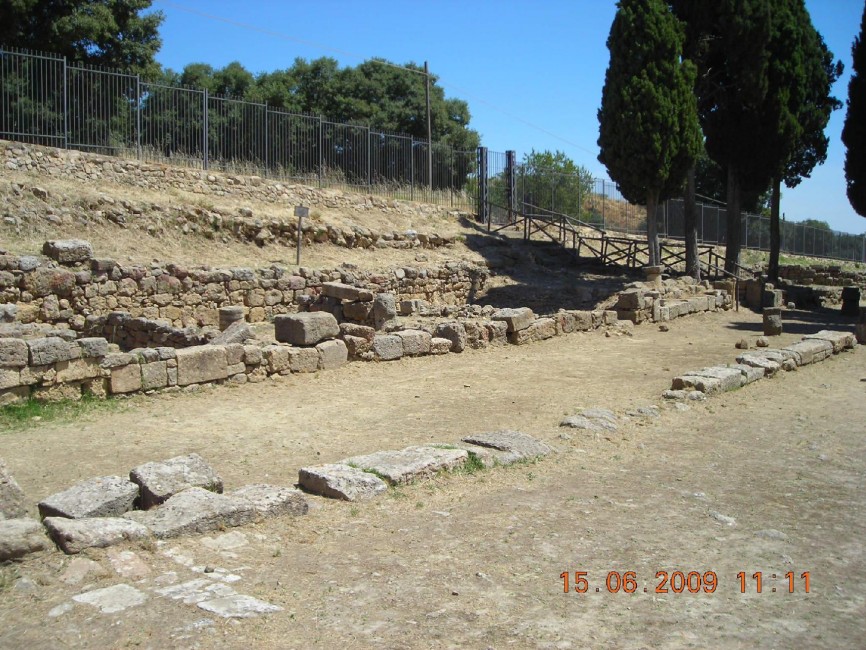 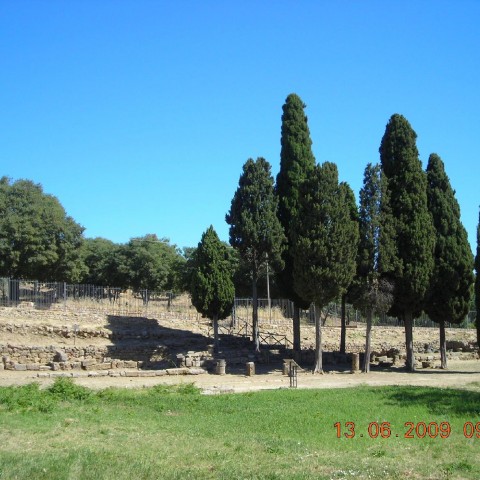 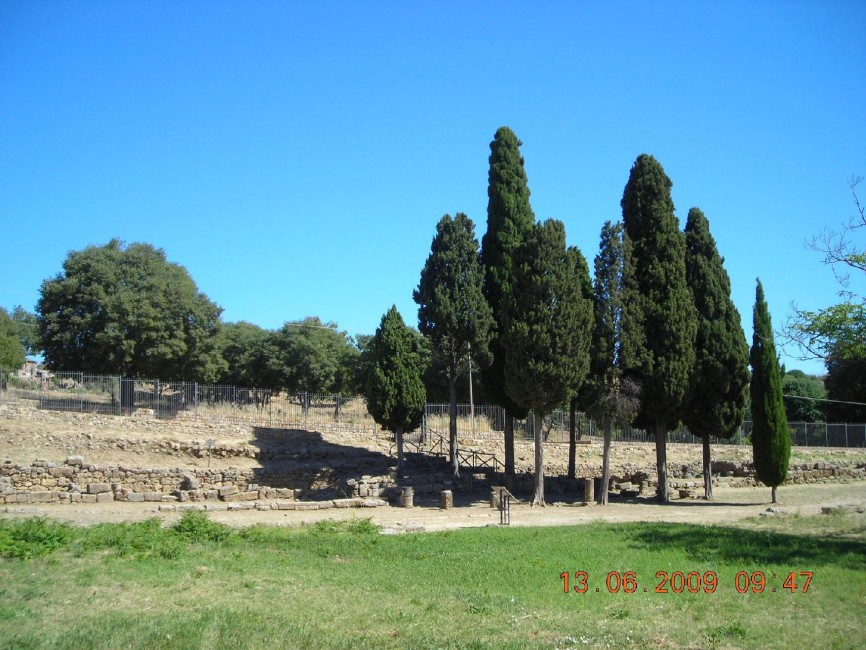 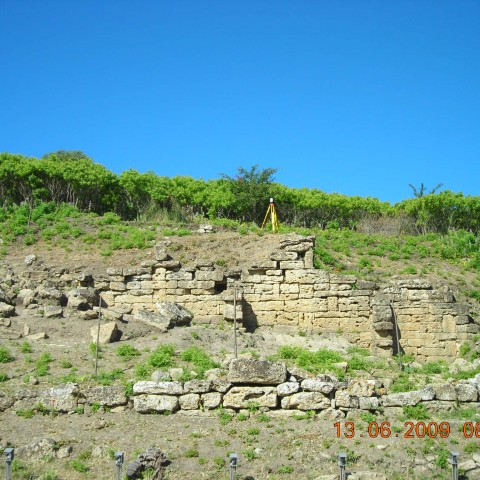 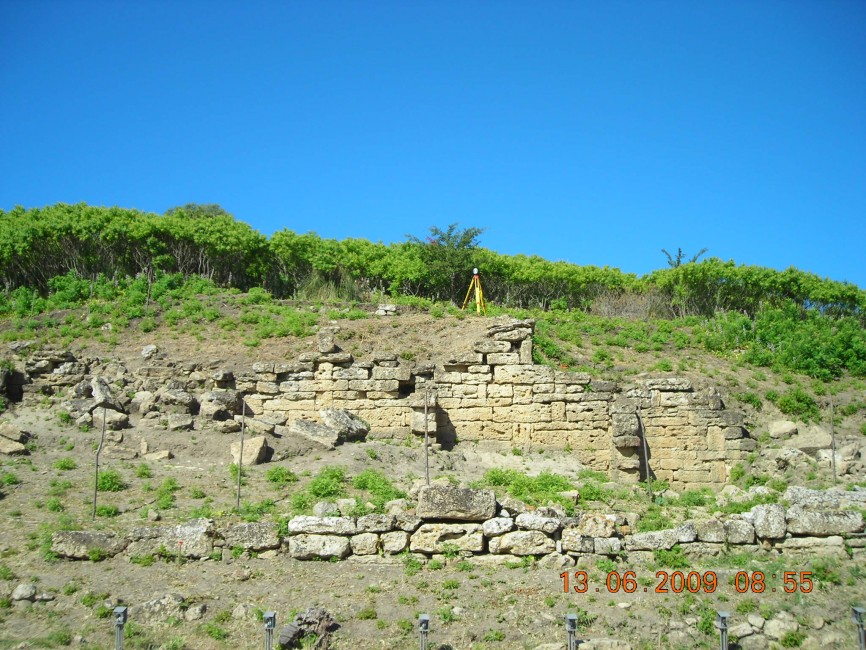 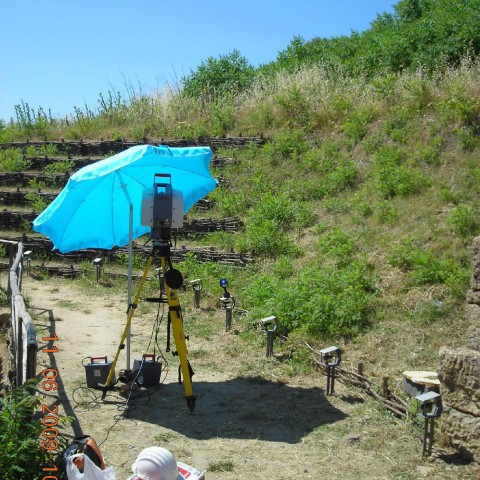 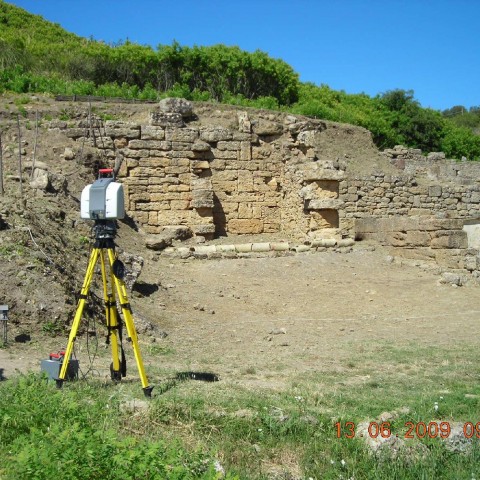 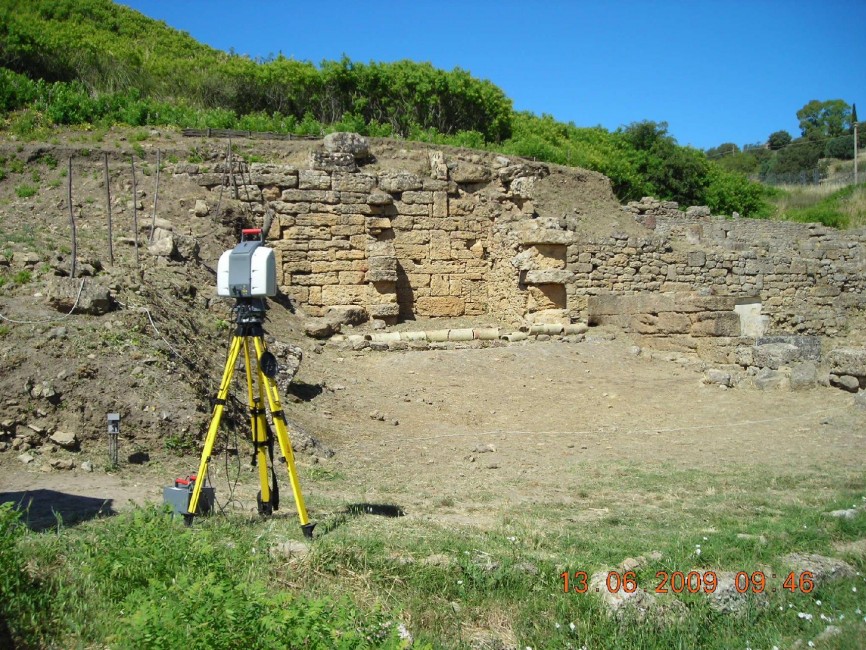 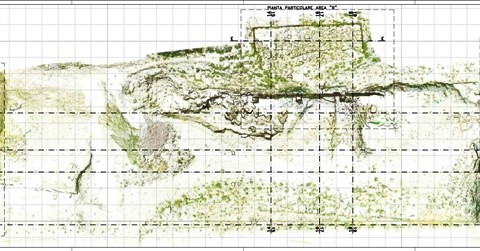 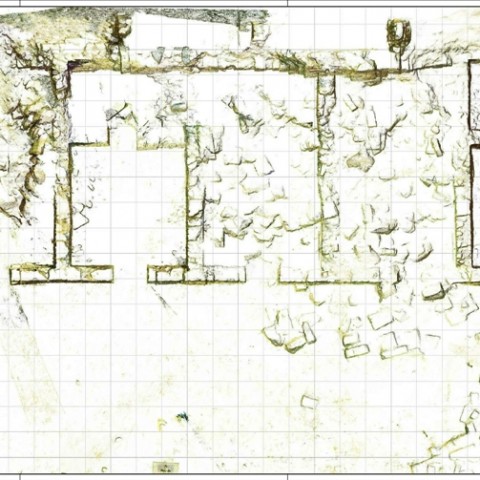 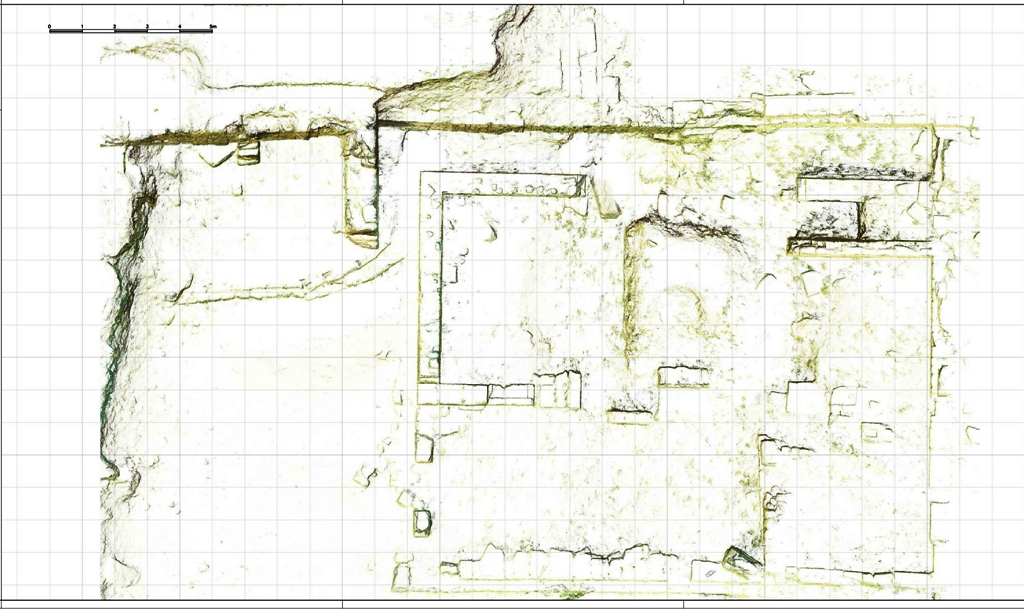 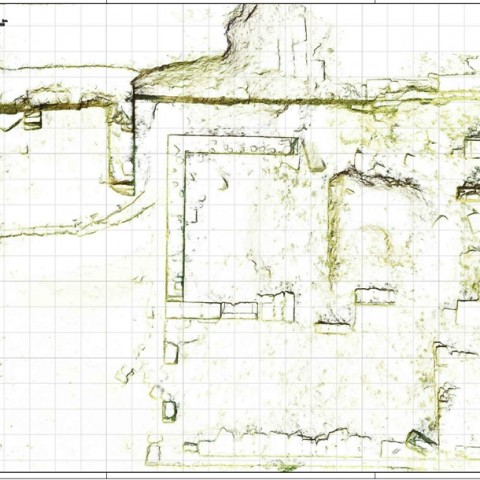 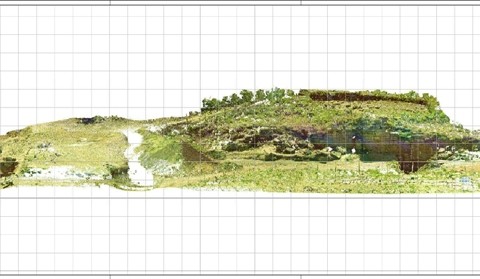 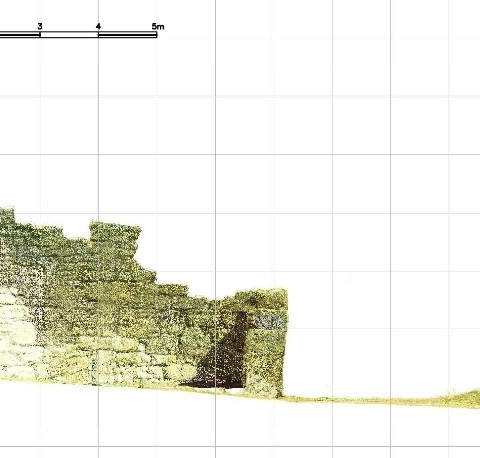 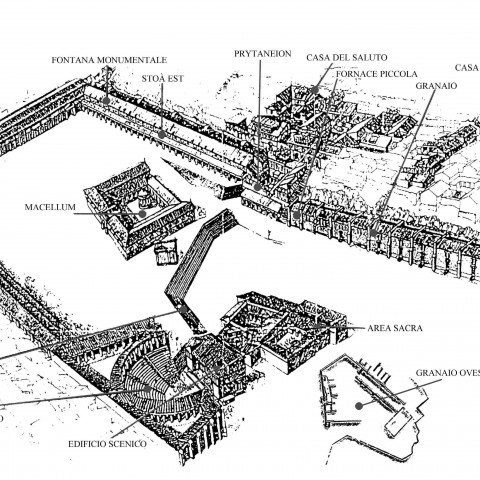 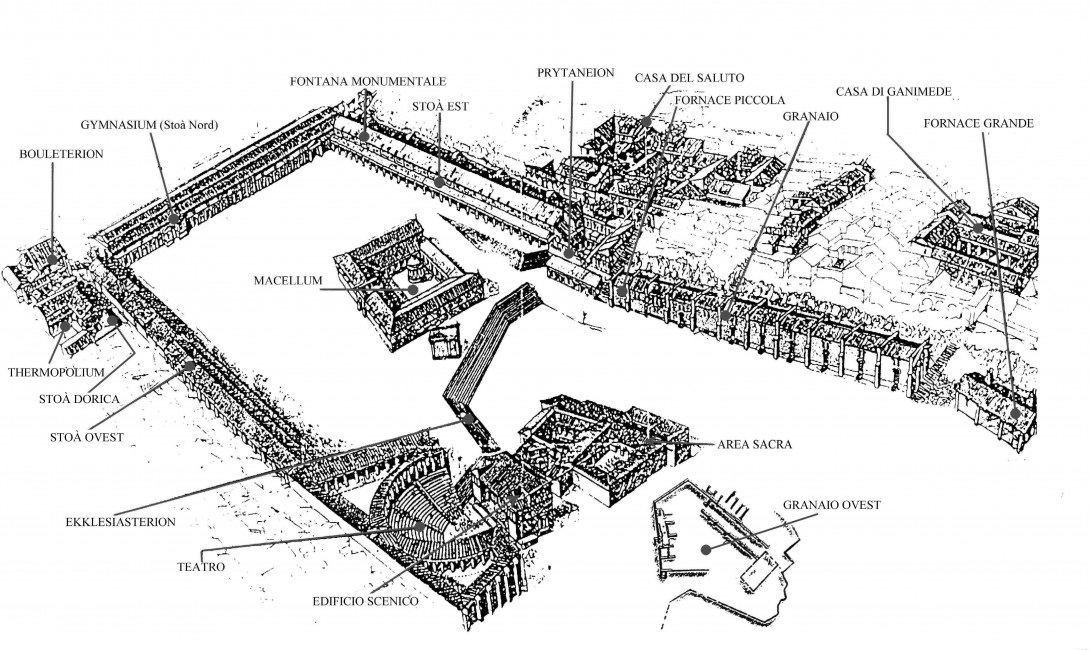 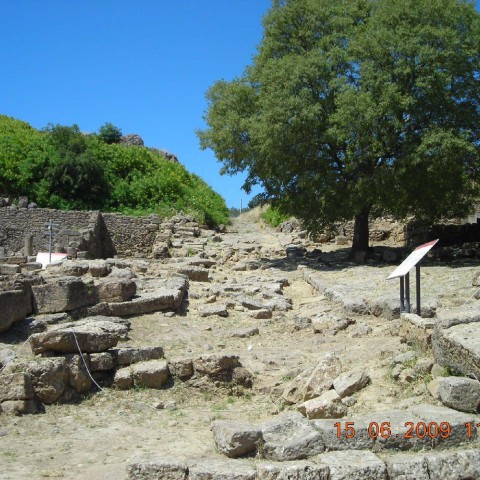 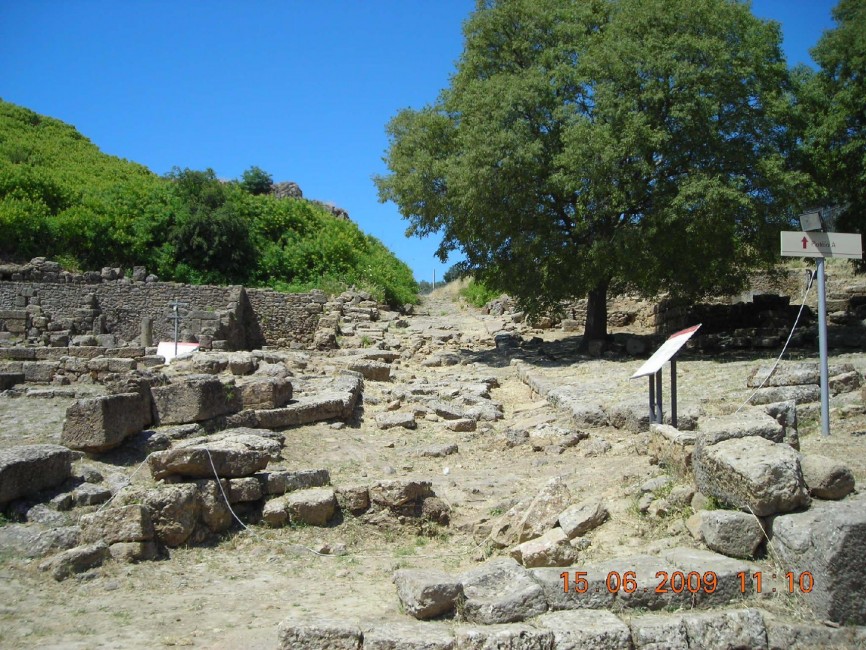 Commissioned by the Superintendent BB. CC. AA. Enna, for design purposes for the preparation of the project “POR Sicily 2000-2006 – Priority 2 – Measure 2.1.1 – RECOVERY AND USE AND ENVIRONMENT of the cultural heritage – ACTION B – CIRCUIT OF ARCHAEOLOGICAL SITES” has been observed for the entire area called Stoa West with the combined use of the instrumentation:
– Leica ScanStation laser scanner II;
– Total station with laser pointer;
– GPS topographic (base and rover).
This particular combination of technologies has allowed us to return accurate 3D site examined, with the subsequent mining and production of drawings as plans, sections, scenic sections bidirectional ortho perspective, axonometric, perspective etc. The clouds of points, resulting from the laser scanner survey, were georeferite to allow the overlapping of relief on orthophotos parametrate, the inclusion of GIS and the pre for it on Google Earth.

THE REMAINS
The archaeological site covers an area of ??20 hectares. The Agora, or main square is a square divided into high, a square surrounded by arcades and low, around it are the remains of the most important buildings of the polis, on the north side was built on Ginnasium, a long porch with environments service which is likely to sport, to the east stand the remains of a monumental fountain (Fountain of the Nymphs) of the third century a. C., may have been destroyed by an earthquake of the century a. C.. The lower square is flanked by the theater has been designed to allow an acoustic effect is still noticeable. Next to the theater stood the sanctuary of Demeter and Kore, where a furnace is well preserved for the production of votive objects on site. On the opposite side of the square less massive buttresses hold up the walls of the barn’s main cities. Here also are visible, well-preserved, two furnaces for production in construction.

RESIDENTIAL DISTRICTS
To the east of the Agora are several residential buildings. The House Capital of Doric greeting or bearing an inscription of welcome on the floor characterized by the use of earthenware decorated with geometric designs made with tiles of white stone. The House of Ganymede cise called for by the presence, in two rooms still well preserved, ments of the floor mosaic of the most ancient Hellenistic art in Ancient Greece (III c. BC.), One of which reproduces the rat Ganymede. Towards the north is a large dwelling with 24 rooms that house the Magistrate with Richly decorated floors. Alongside this is the House Southwest also coated floors decorated with stars and white tiles in multiple colors. 4 Other houses are found in the block next: The House of the shops, the House of the millstone and the large and beautiful house with mosaics Pappalardo and co well-preserved columns and the House of the 44 gold coins, where he found a storeroom with coins of the time of Philip II of Macedon, Alexander the Great, Pyrrhus etc..