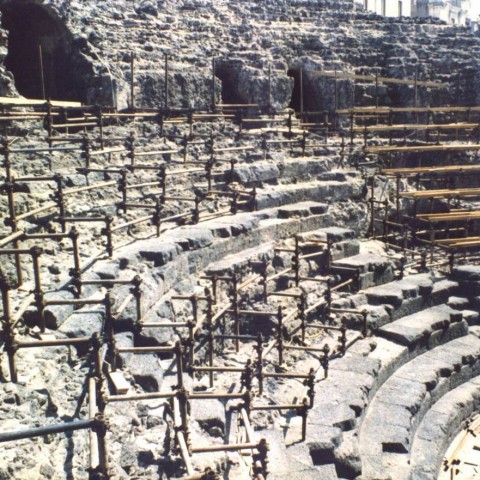 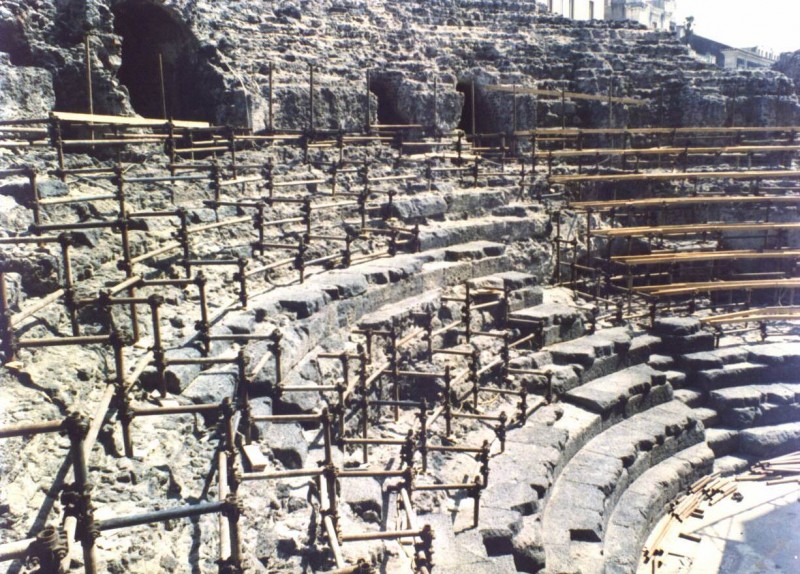 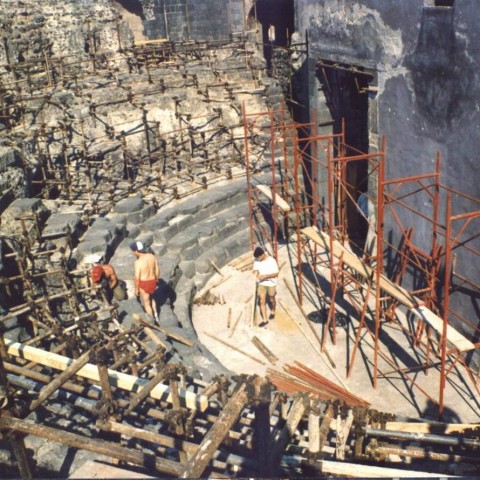 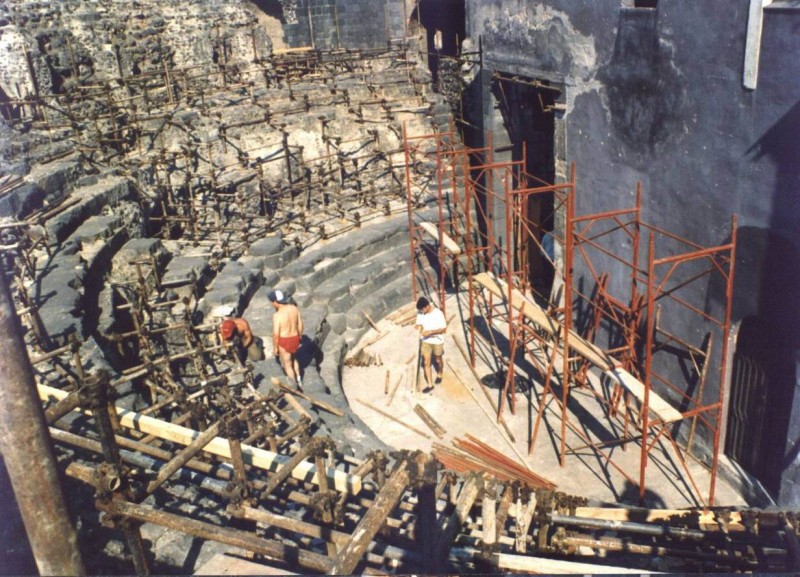 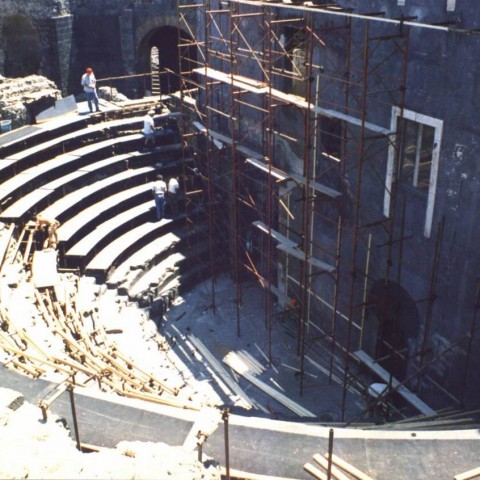 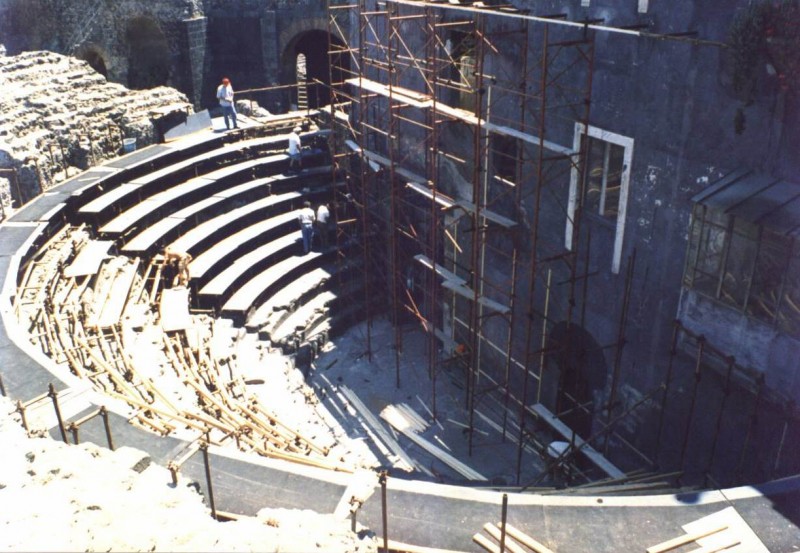 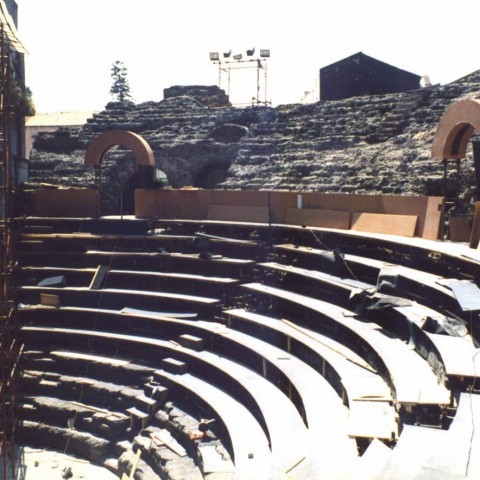 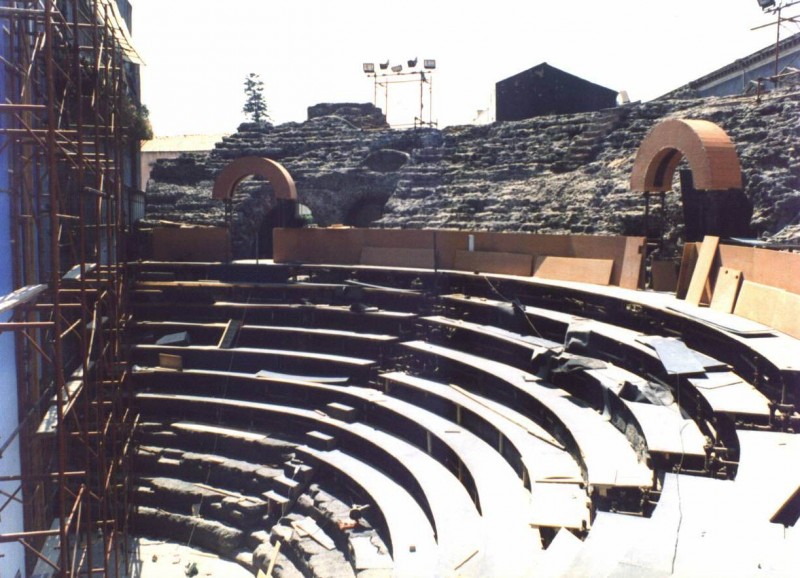 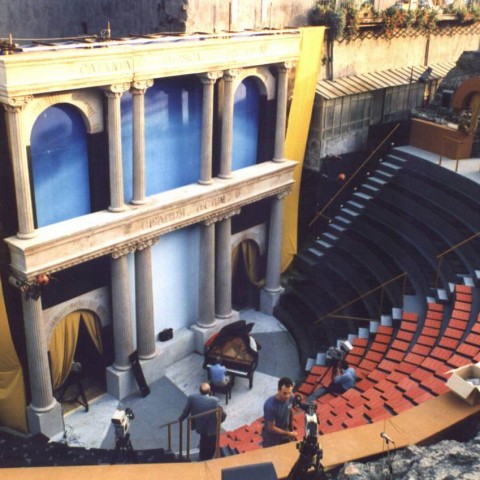 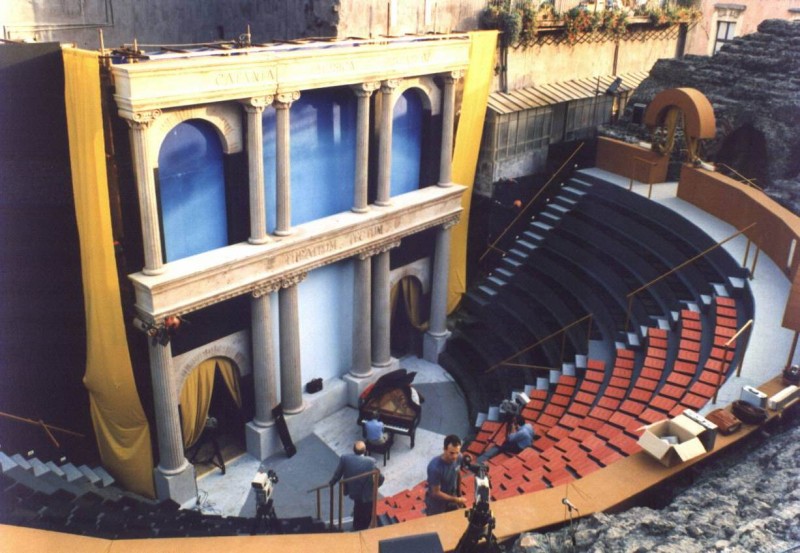 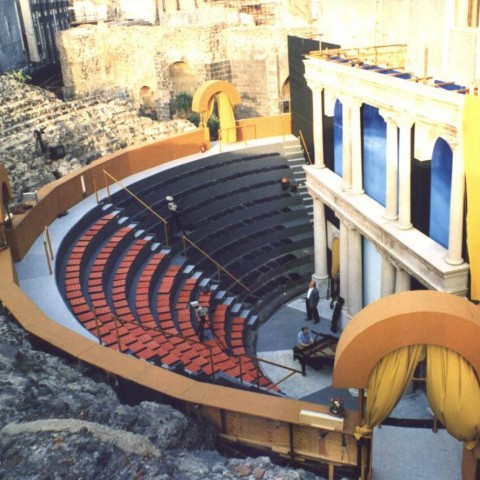 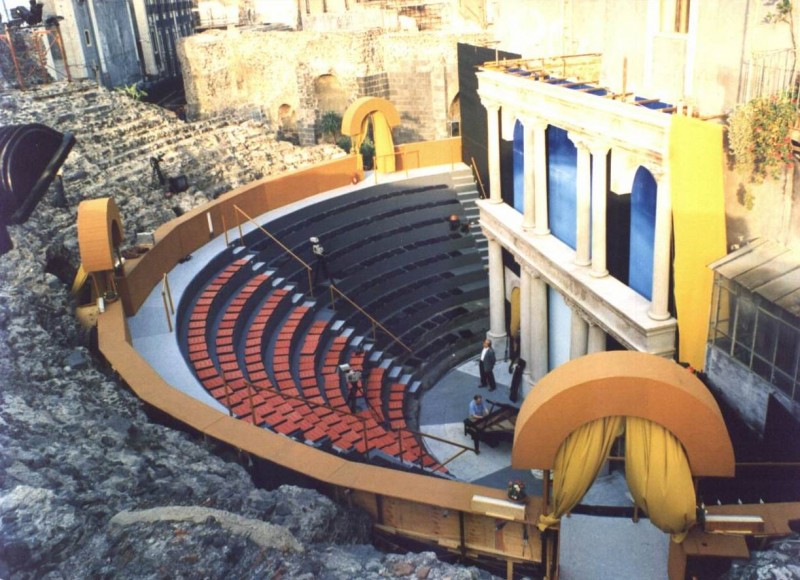 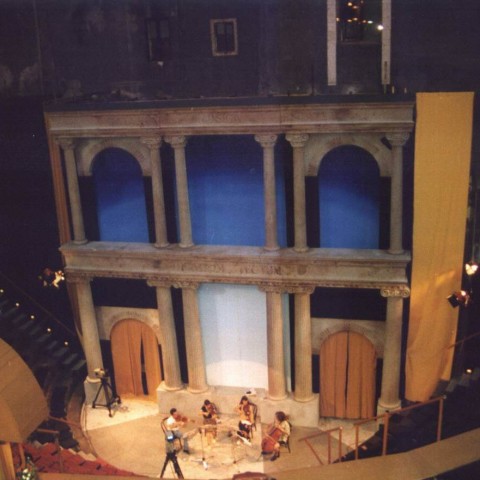 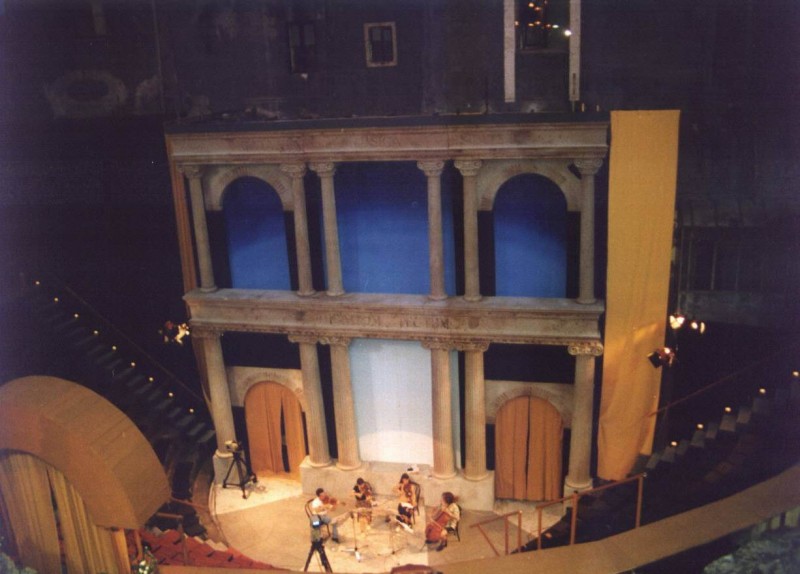 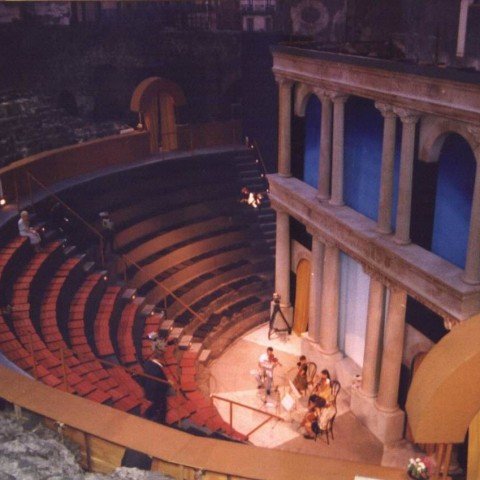 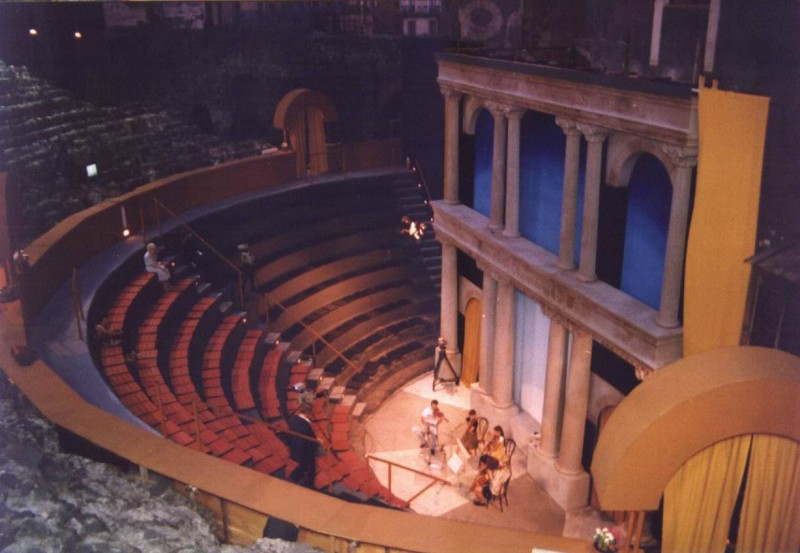 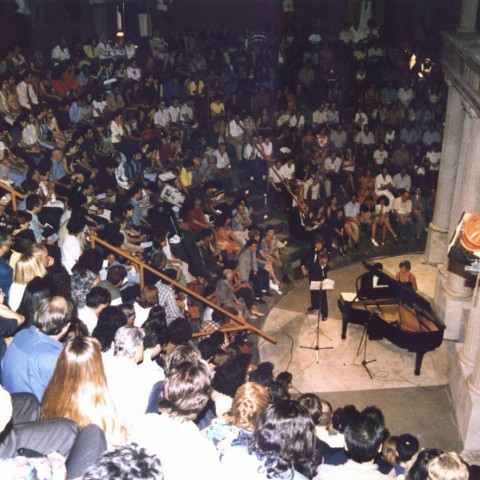 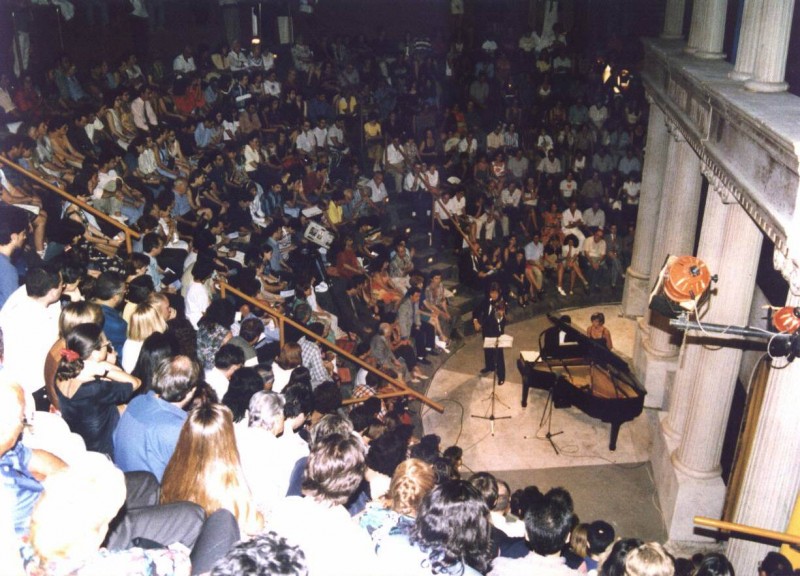 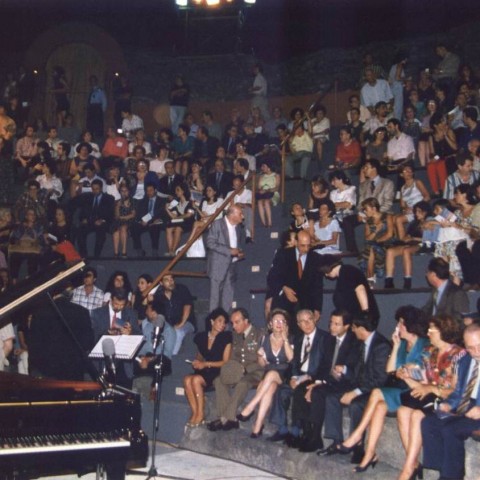 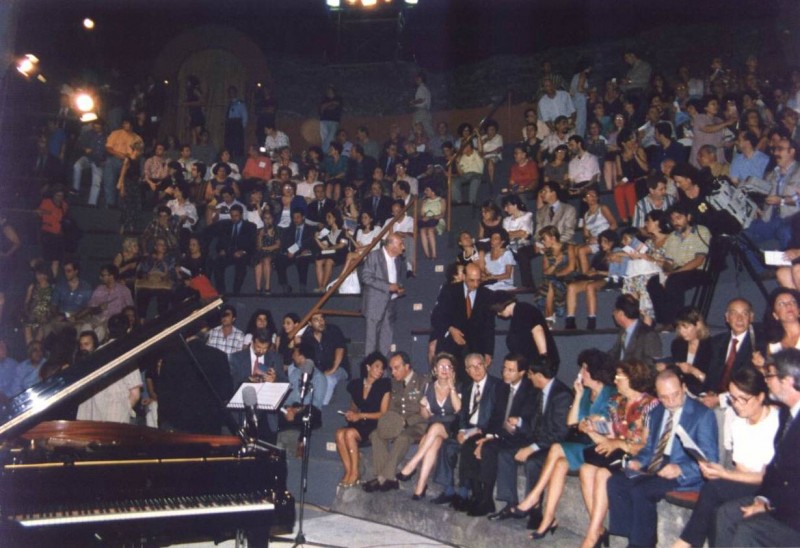 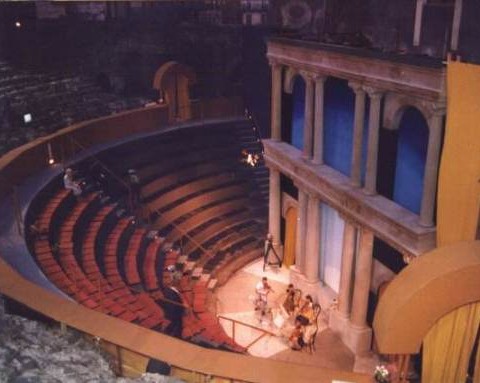 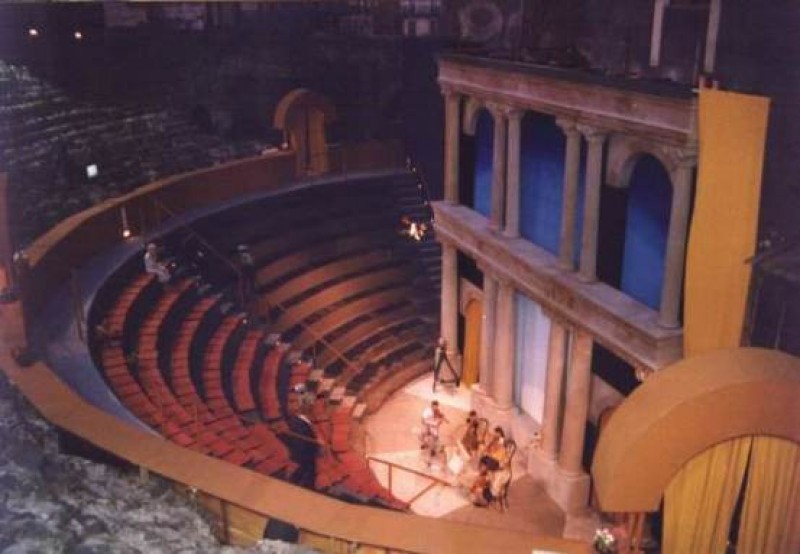 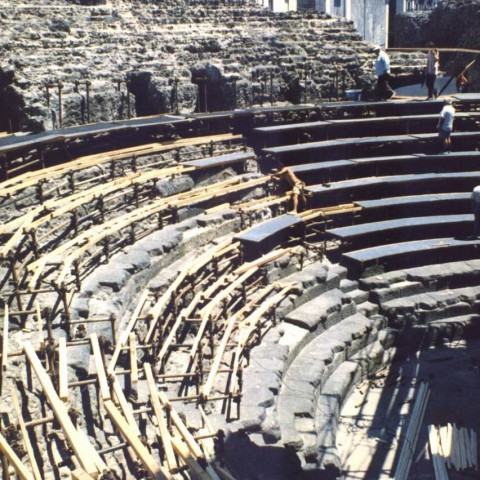 Location: Catania, Italy
Designer: arch. Salvatore Contrafatto
Construction manager: arch. Salvatore Contrafatto
Note: The Odeon (small building for the execution of music and dance) is located west of the great theater. It also suppressed by high buildings which invade the whole scene and that they are now used to carry the painted backdrop that is being promoted during the summer music festivals. The chamber is composed of 18 odeon walls which widen to form narrow and long wedges inside of which were obtained 17 rooms held at a time. The use or function of these rooms, which were restored in the sixties of our century, is not yet clear. The project concerns the preparation for the concert season (summer 1997) sponsored by the Provincial Tourist Catania.