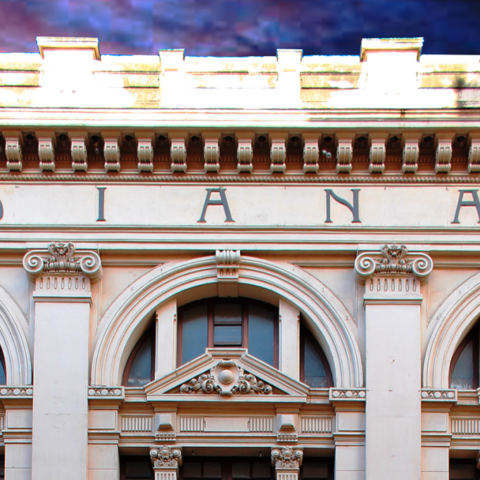 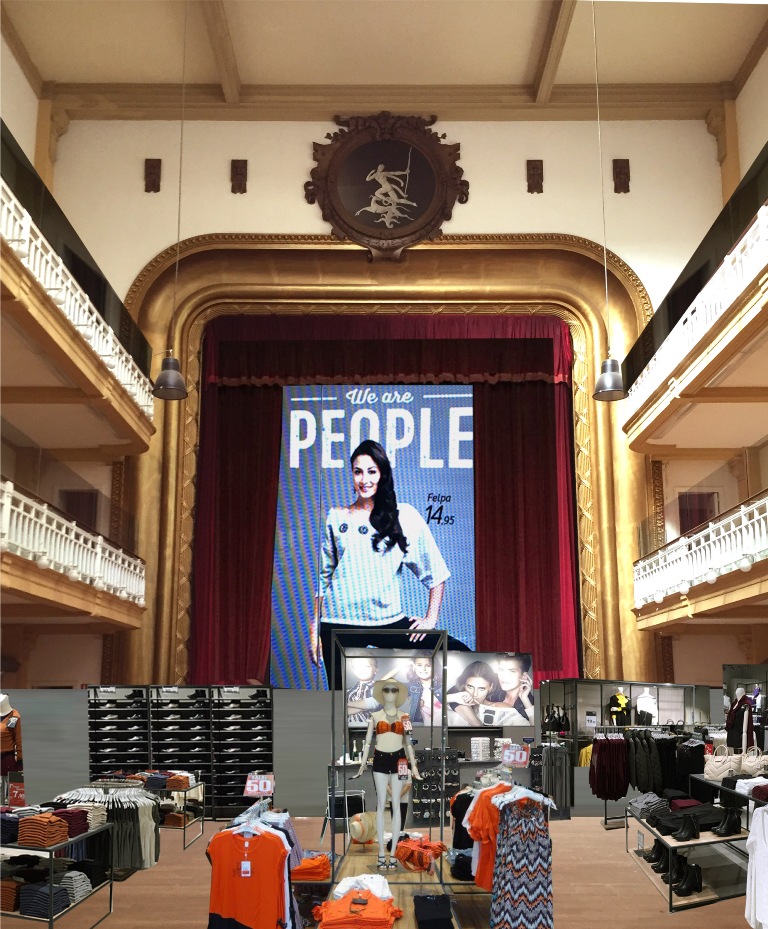 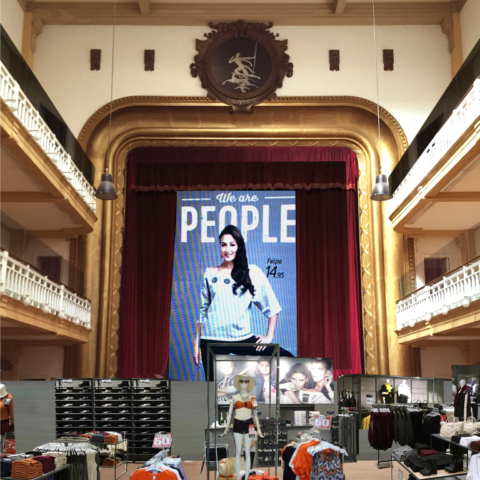 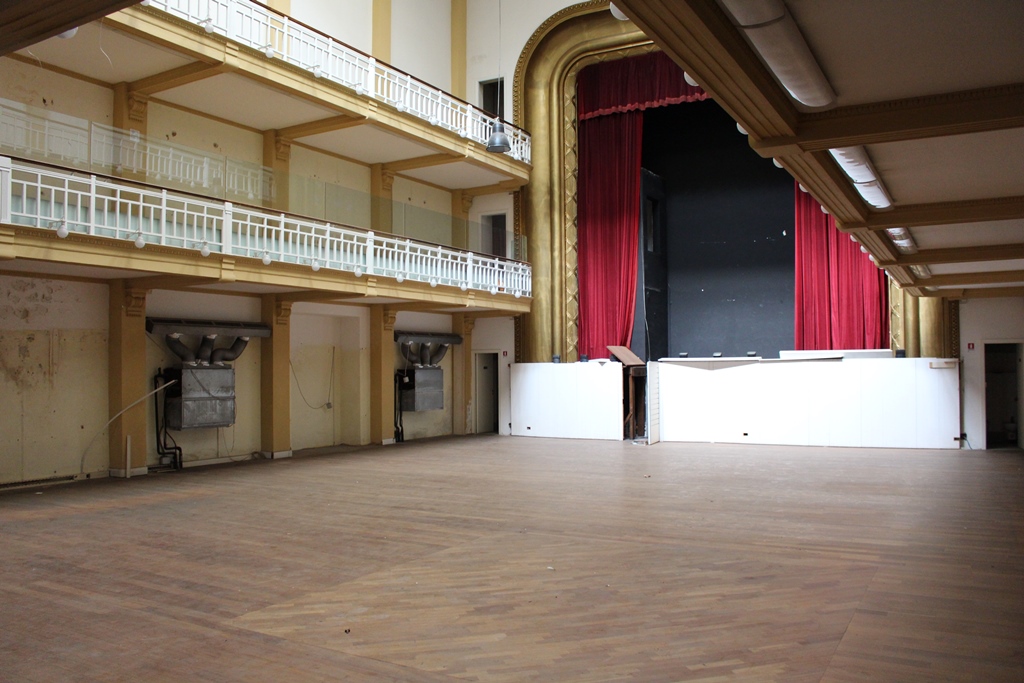 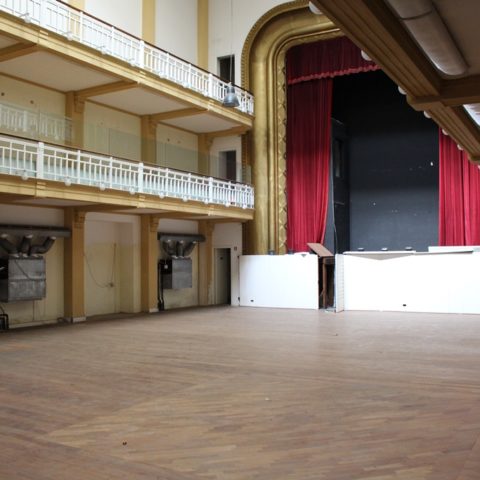 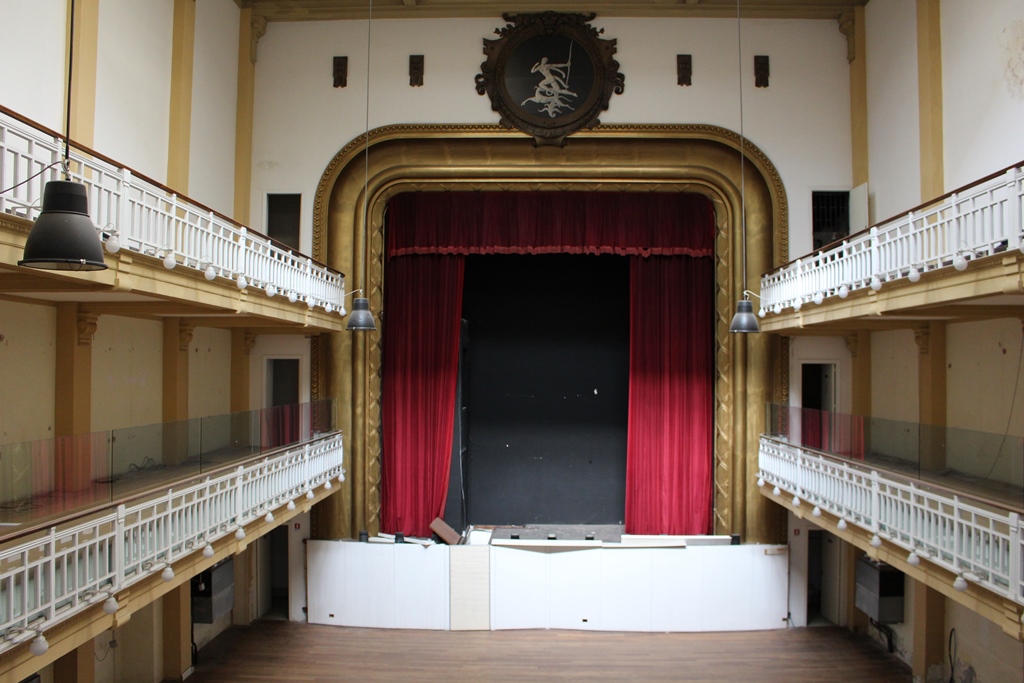 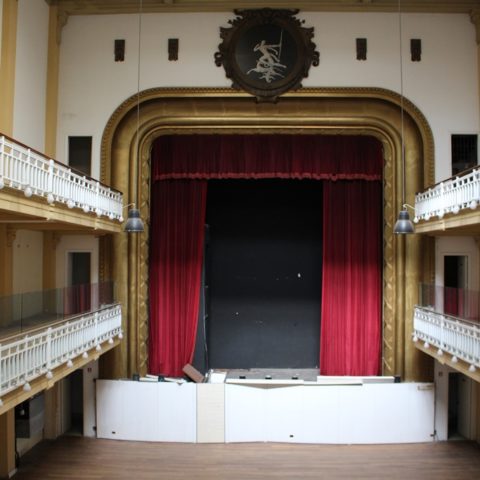 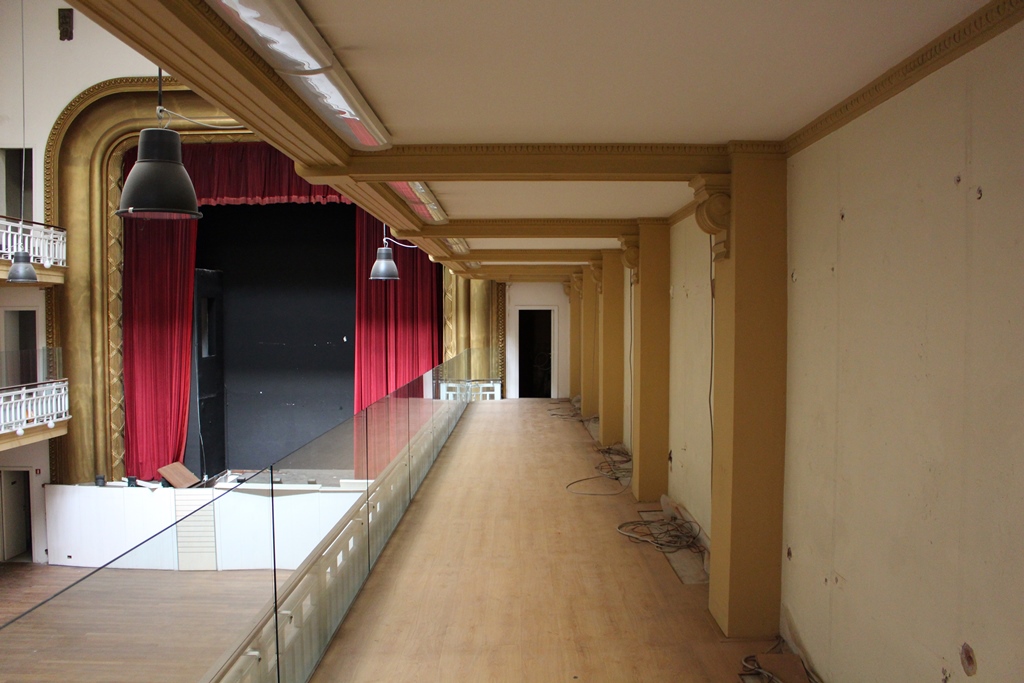 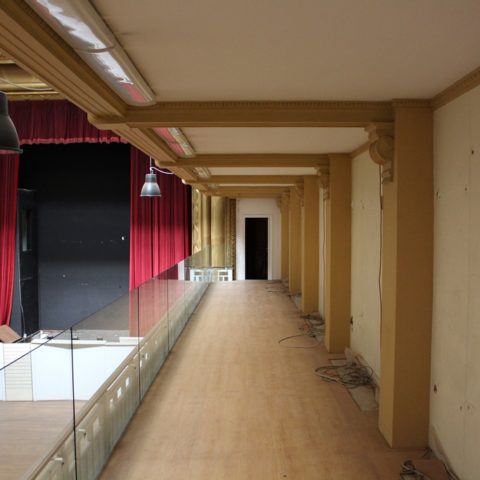 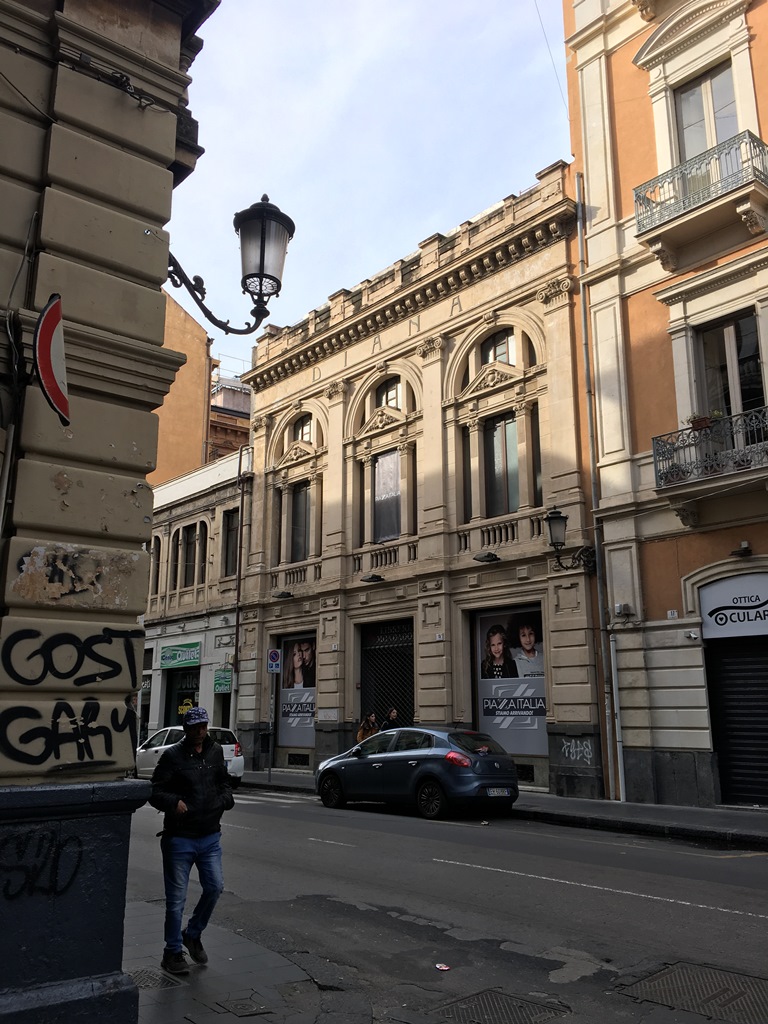 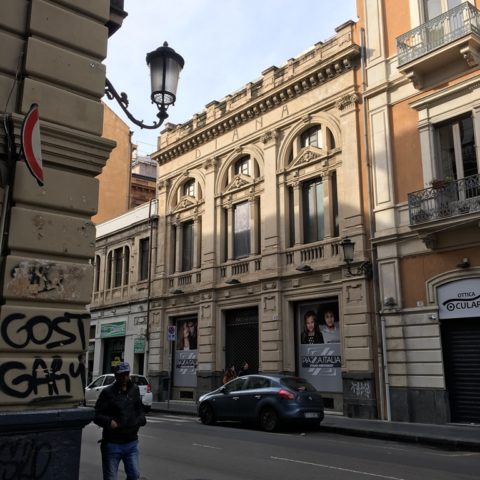 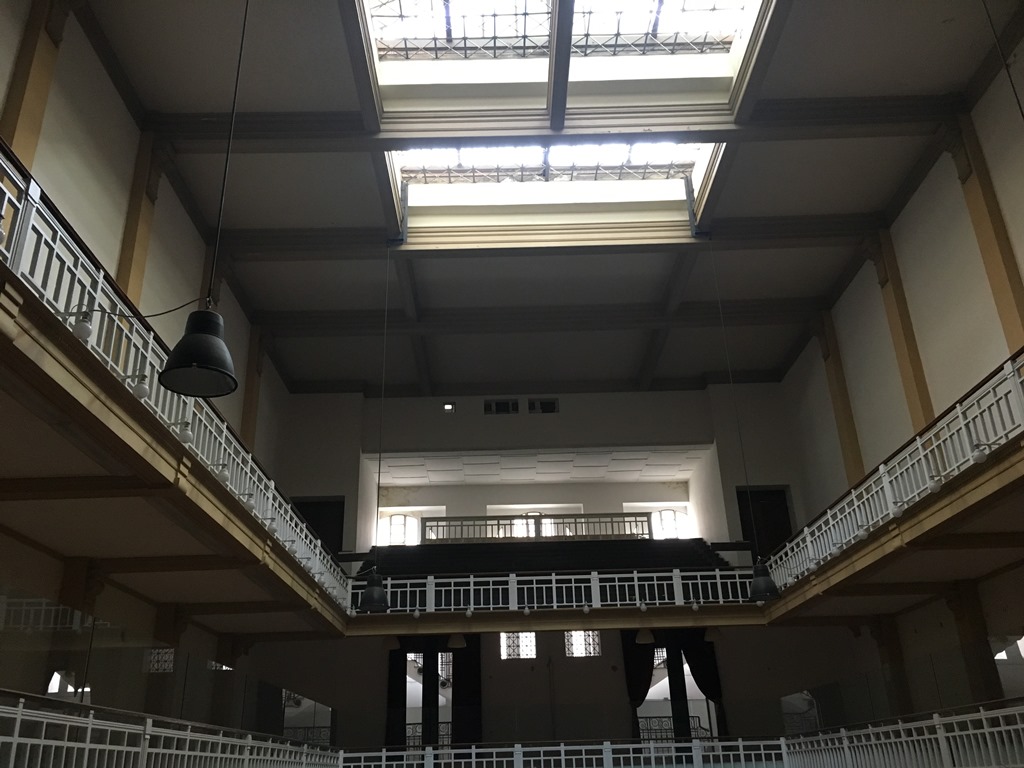 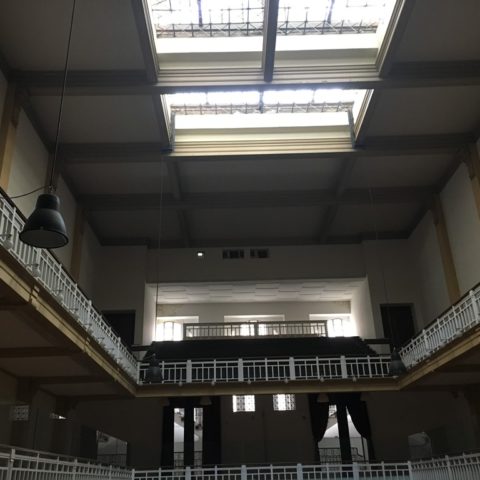 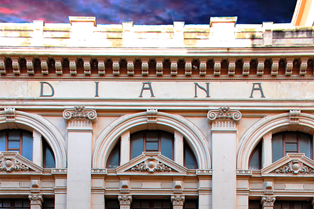 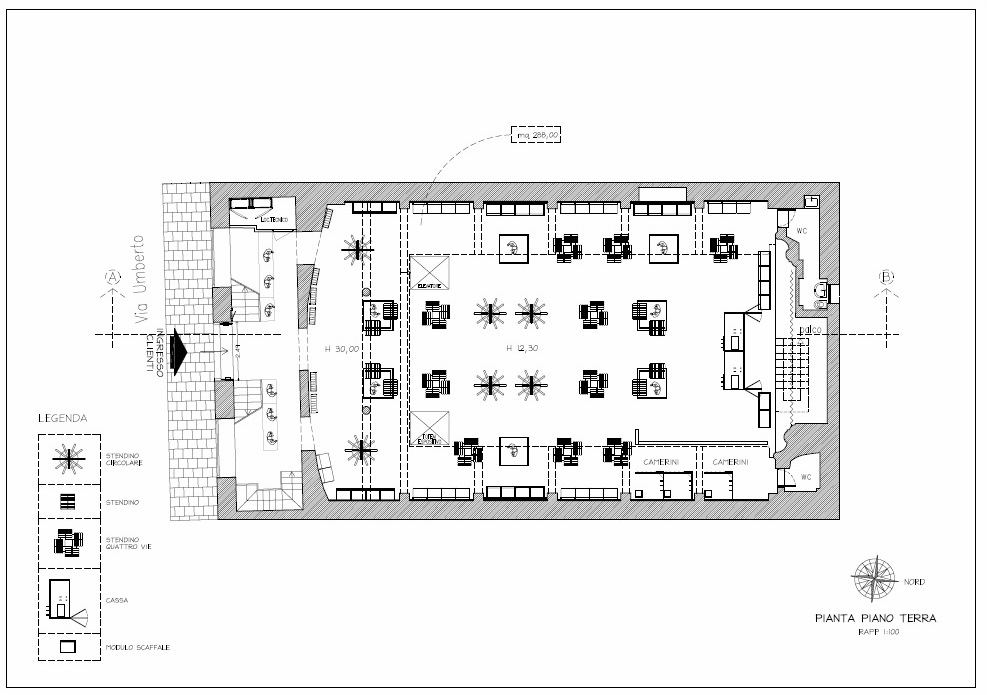 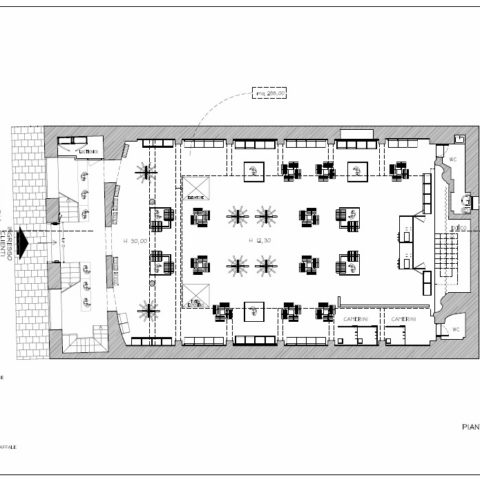 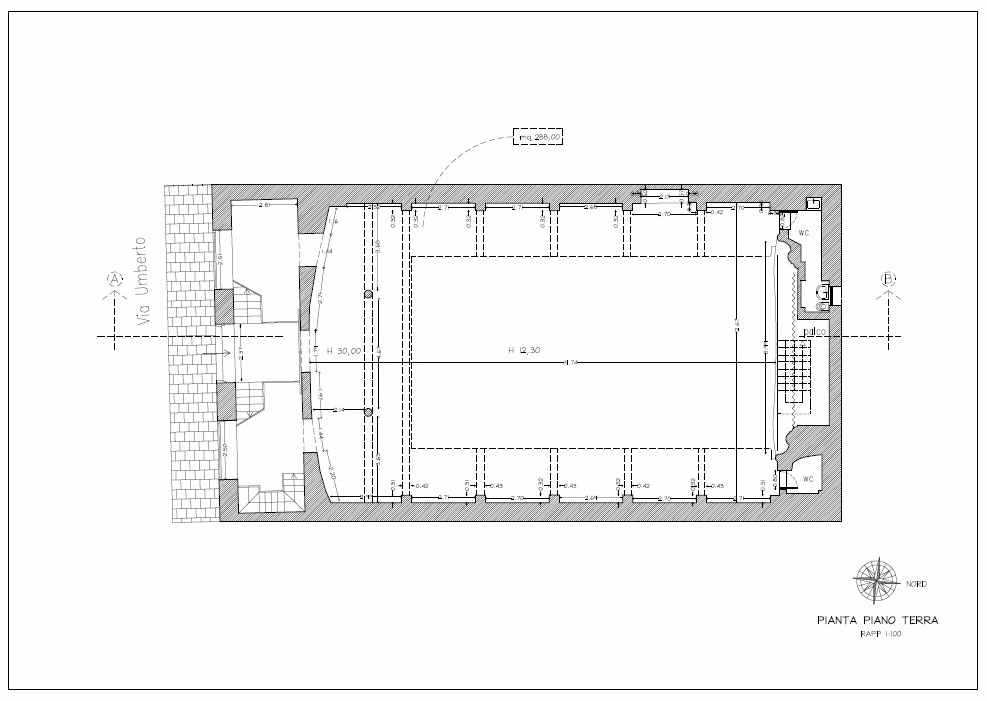 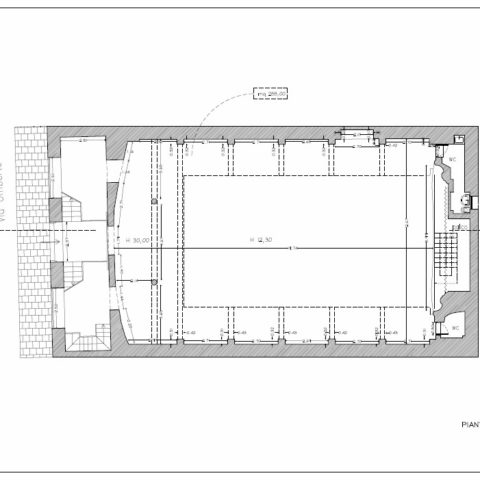 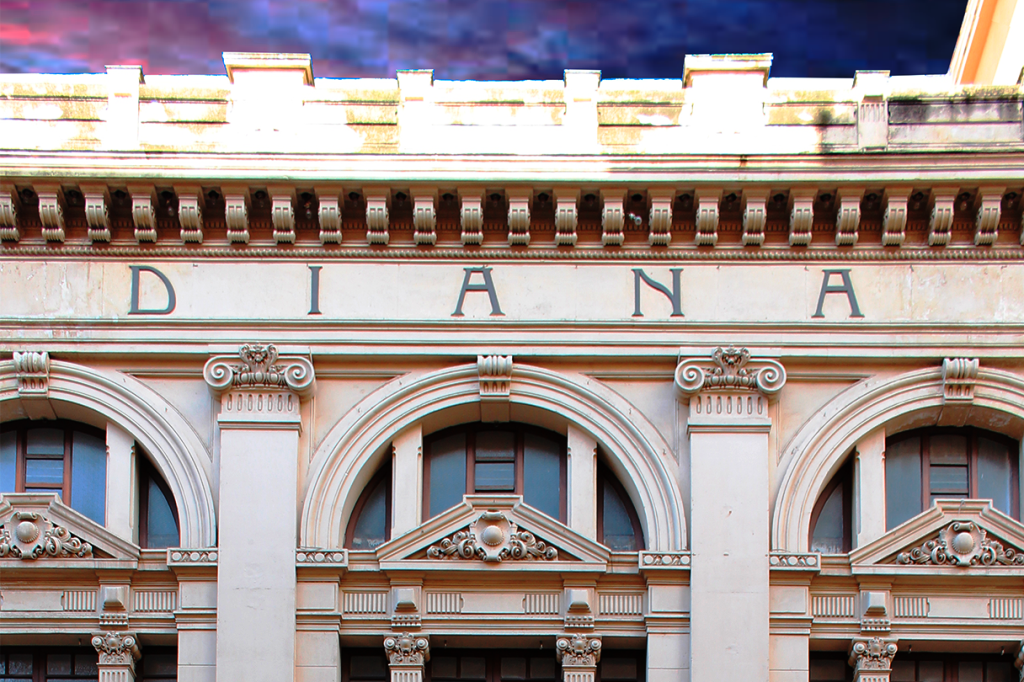 Location: Catania, Italy
Designer: COMMAPARTNERS
Construction manager: COMMAPARTNERS
Contributors: ing. Giorgia Ferlazzo, ing. Dacia Impellizzieri
Link: facebook album
Note: The project involves the extraordinary maintenance in local shopping "ex cinema Diana", already used in the library, and destined to the clothing store. The re-opening of this office premises will allow the maintenance of already existing good conditions of the structure and the periodic maintenance of its facilities by the beneficial owners. This functional design allows the reopening and the new usability of a site of great historical and architectural value, returned to the city of Catania, to become a pole of attraction for the new generations, thanks to the commercial use addressed to all segments of 'age and especially the young. To exercise this activity and meet all the criteria of usability and accessibility is planned to install a platform lift (lift home type) to connect the various levels used in the following procedure. In order to emphasize the original symmetry of the "intrinsic" composition in the building project, it was thought of inserting, with respect to the central axis of the "proscenium" a symmetrical element to the lifting platform (exhibition totem) of equal volume and equal constituent materials that meets this need. The choice of positioning takes into account the reversibility of the project; the will to split the intervention is in line with the perfectly symmetrical appearance of the structure. Interventions involving electrical and mechanical systems that will be subjected to maintenance and, where necessary, revised and supplemented, in accordance with current rules, in order to ensure the proper internal environment comfort and energy compatibility of the building. Important will be the lighting system aimed at enhancing scenically, is the general setting, the commercial product is exposed in several mobile facilities for sale; it will be built on independent equipment than the existing building structure that will be totally unaffected by construction work that may damage its still existing fine finishes.   Cinema Diana, designed by Paolo Lanzerotti (1875-1944) commissioned by Baron Filippo Pancari, was inaugurated and opened to the public on December 24, 1925 with the film "Maternità". The Diana soon as local wealthy class and attended by more affirmed in view of the city men, so much so that "in those years still dominated by hackney carriages and few public taxis, you could see late, parked in put of two tracks tram in front of the local, some private cars, including some with the driver" (Salvatore Puglisi, Catania dei sogni, Cavallotto Edizioni, 1997). The local signaled two innovative features: the electric opening of the stage can be extended inside the room and the fact of being the first multiplex Catania and among the first in Italy. While the large room, which boasted two stands, hosted variety acts together with the projection of the film, in the underground rooms was located the so-called Saletta where only projected movies. Become the projection room of the red-light films, closes in June 1981. Taken over by new owners, becomes commercial exercise clothing under the trademark "Sisley", and later became an outlet and to host, finally, a library "Mondadori" .