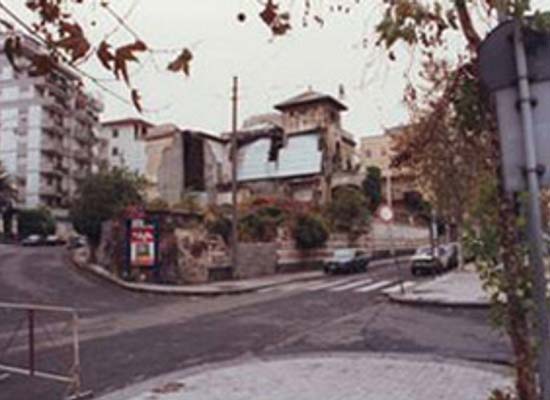 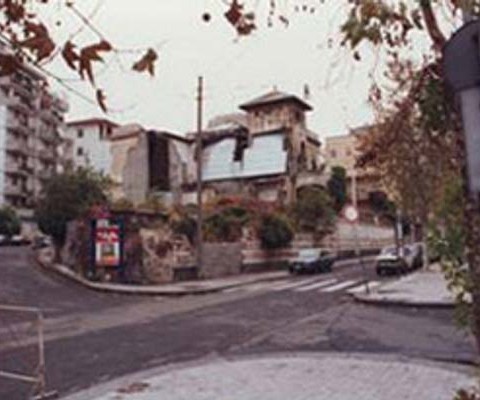 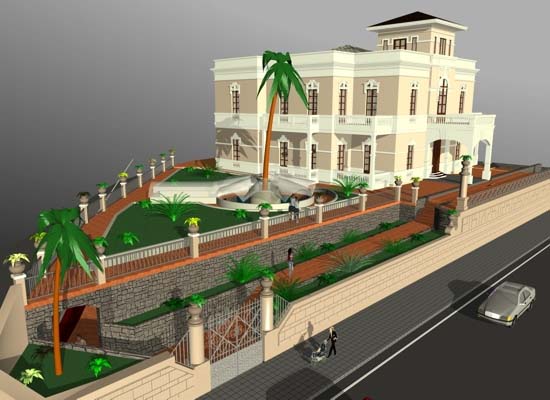 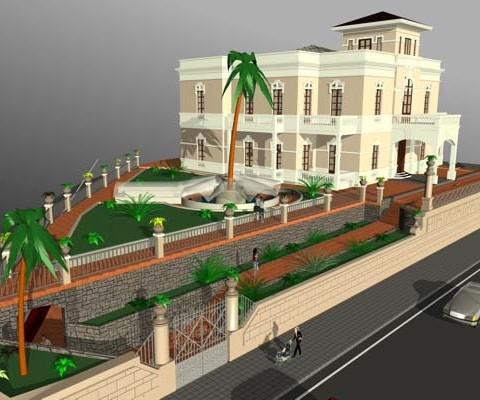 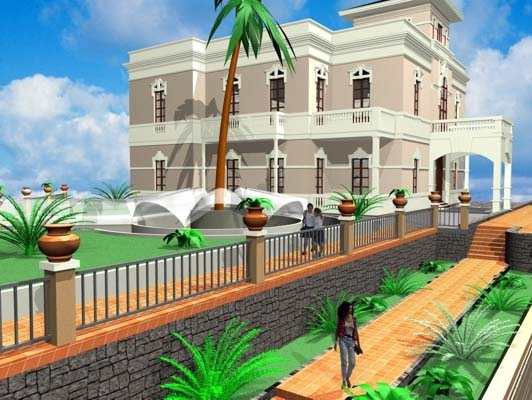 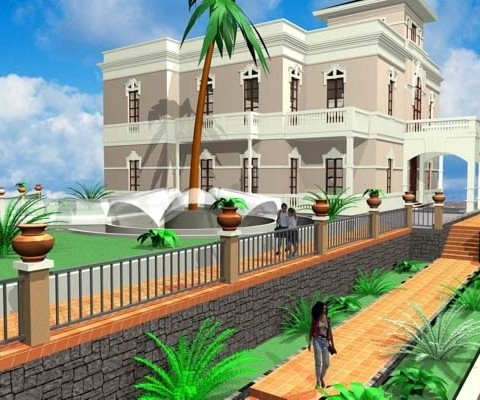 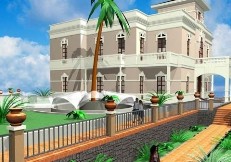 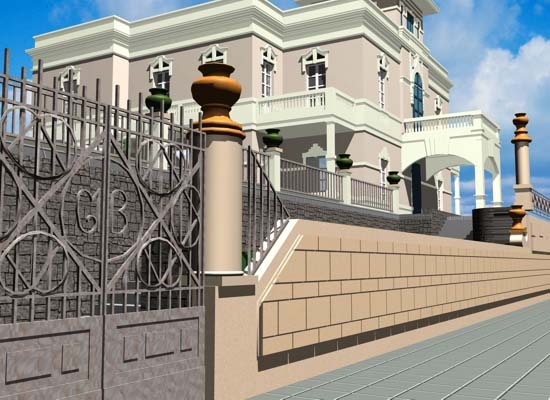 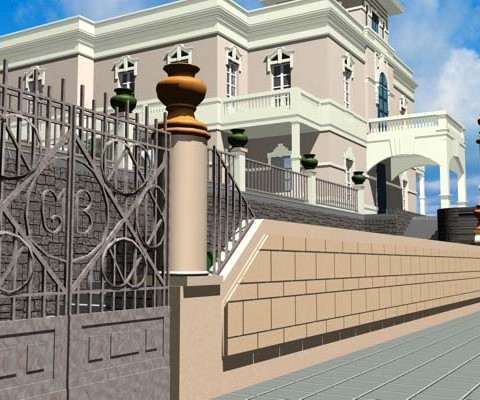 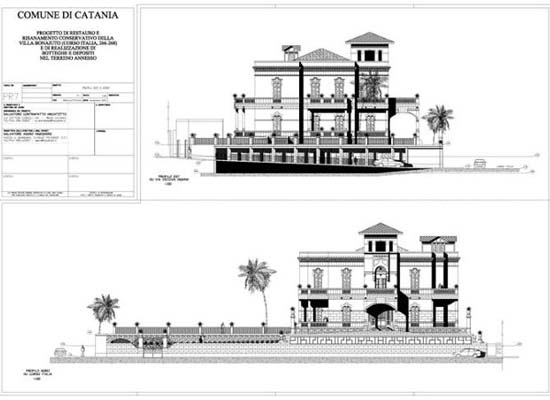 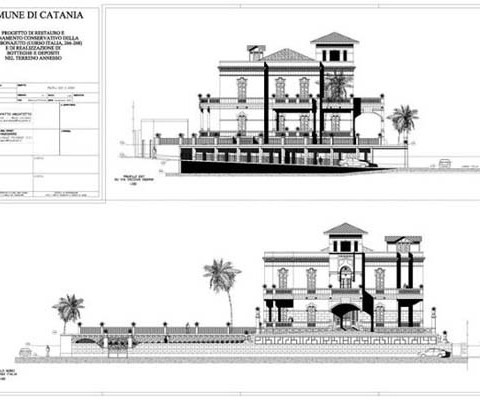 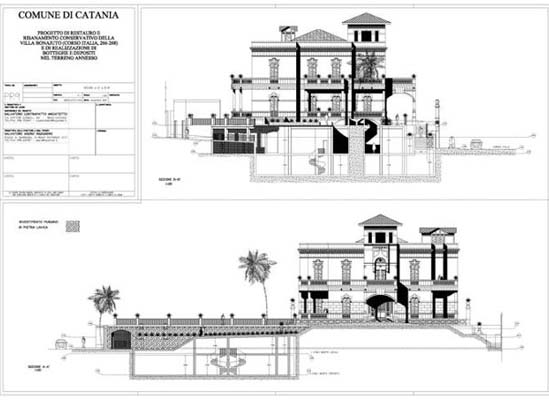 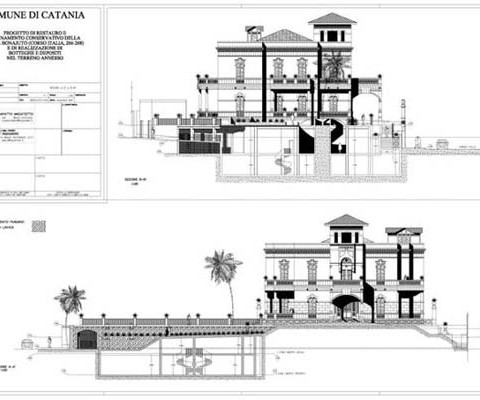 Location: Catania, Italy
Designer: arch. Salvatore Contrafatto, ing. Salvatore Asero
Note: The building was certainly built before 1934. In 1985 the western part of the house was completely demolished, with considerable damage interesting all the walls of the central hall, and approximately half of the horizontal structures; from this situation has produced a draft policy guidelines for the restoration of the structures and the adaptation and recovery of function and safety of the parties recoverable. The project aims to reconstruct the missing or unusable, restore the overall appearance of the building also through reuse, when possible, to those parts previously cataloged and shelved following the earlier demolition. An important aspect of the redevelopment project concerns the design of the garden, and its irregular plan and the limited extension does not allow very sophisticated design processing; organization has planned on one floor, at the same height of the embankment surrounding the ‘building. Below the garden is provided for the realization of a series of local to use as a compatible use, each provided with facilities, toilets and storage.